By Government of Sint Maarten  /  August 5, 2020  /  Comments Off on The St. Maarten Police Department Bid Farewell to Dutch Police 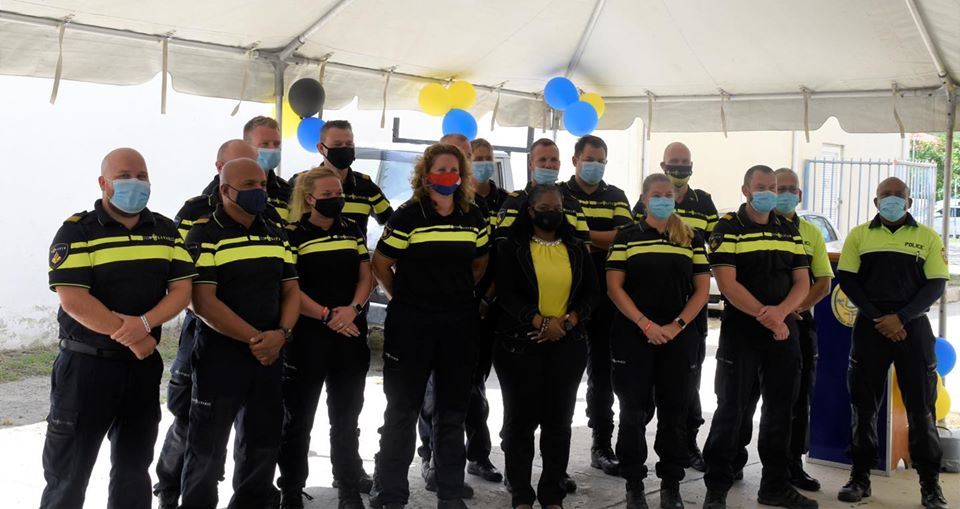 PHILIPSBURG — The St. Maarten Police Department (KPSM) bid farewell to the Dutch Police officers and support staff. Post-Hurricane Irma in 2017, the Netherlands and other countries within the kingdom, provided extra manpower to secure the safety and security of the island. At the end of the direct assistance, it was agreed between St. Maarten and the Netherlands that the Dutch police’s support would remain for an extended period, allowing KPSM to implement their recovery plan.

With the support of the Dutch Police officers and support staff, KPSM was able to implement new policing strategies and crisis management structures to keep St. Maarten safe. Additionally, several trainings and projects have been finalized during this time, including crisis management training, upgrading of the forensic department, supporting business operations, and assisting with the assessment of the police building after the hurricane. The extra assistance of our Dutch counterparts was essential in the realization of these efforts.

A total of 15 Dutch Police Officers and three support staff will be returning to the Netherlands tomorrow, August 5, 2020. A farewell ceremony was held to thank the Dutch Police, who departed today, after three years of support post-Hurricane Irma. Minister of Justice Anna Richardson was in attendance and addressed the team. Minister Richardson stated, “The support we’ve experienced over the last years has been invaluable. Today, on behalf of the Government of St. Maarten, the Ministry of Justice, and the People of St. Maarten, I want to express my gratitude for all your hard work and delegation to country St. Maarten. We hope you had the opportunity to learn from us as well; from what I have understood, the KPSM has indeed learned a lot from you.”

Minister Richardson also expressed her gratitude to the Netherlands and wished the Dutch Police officers and support staff well on their future endeavors.