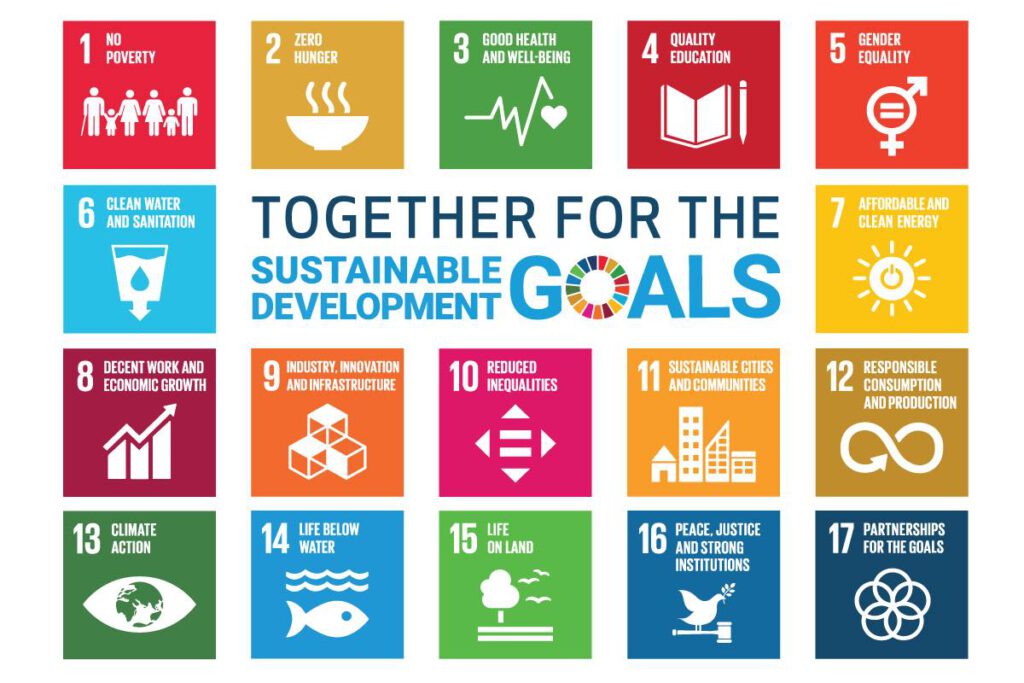 PHILIPSBURG — On the 25th of September 2015, all 193 UN Member States adopted the 2030 SDG Agenda, with at its core the 17 Sustainable Development Goals (SDGs). It is a non-binding declaration that addresses all current global ecological, social and economic challenges – from multidimensional poverty and intersectional inequality to climate change, responsible consumption and production, and conflict prevention.

The SDGs are 17 goals with 169 targets. The overarching principle of the SDGs is to Leave No One Behind (LNOB). The SDG-flag campaign is themed ‘Together for the SDGs’. On the 25th of September 2020, it is exactly five years since the SDGs were adopted. There are 10 years left to reach the goals, so we have entered the Decade of Action.

To celebrate the birthday of the SDGs and highlight the ‘Decade of Action’, an SDG-flag will be hoisted on at the Government Building in Philipsburg and throughout the Netherlands (at municipalities, libraries, universities, companies, government buildings, CSOs). As a government, we join this initiative to commemorate the SDGs by hoisting the SDG flag, to draw attention to the importance of the SDGs and of partnerships for the 2030 agenda.

The current realities facing not only St. Maarten but the world, underlines the importance of achieving the SDGs but also threatens to limit their progress. Five years after their adoption, it is therefore important to show our commitment to continue our efforts to reach the goals. Let this moment be the kick-off for a Decade of Action to reach the goals in 2030.

To highlight specific SDGs and the work that is being done throughout the community in achieving the SDGs, SDGs champions have been selected and will be presented with a certificate of appreciation by the Prime Minister of St. Maarten Silveria E. Jacobs after the flag hoisting ceremony which will take place at 8 AM.