By Government of Sint Maarten  /  July 27, 2022  /  Comments Off on Minister Richardson writes State Secretary Van Huffelen to express concerns about reports of misappropriation of funds at UNOPS Investment fund 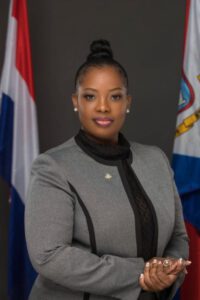 On Wednesday, July 20th, 2022, after having learned of a New York Times article about unusual and questionable investments at the United Nations Office for Project Services (UNOPS), the organization that Sint Maarten?s Ministry of Justice and the Netherlands? Ministry of the Interior and Kingdom Relations (BZK) have been in talks with to build a new prison on Sint Maarten, Minister Richardson sent a communication to State Secretary Alexandra Van Huffelen to express great concern about the reports of the alleged misappropriation of funds at UNOPS Sustainable Investments in Infrastructure and Innovation fund (S3i).

Although no formal agreements have been signed by Sint Maarten to start the prison project and discussions on finalization of the agreements are ongoing, Minister Richardson found it prudent to contact the State Secretary to emphasize the importance of maintaining the integrity of the current process. Additionally, Minister Richardson encouraged that swift action be taken by Sint Maarten?s Ministry of Justice and the Netherlands? Ministry of the Interior and Kingdom Relations (BZK) to jointly assess specifically the impact of these initial reports and the outcome of a UN investigation, on the development of a new prison on Sint Maarten and possible future cooperation with UNOPS.

As a result of the reports, the Kingdom of the Netherlands has asked for clear measures against fraud within UNOPS and has made the decision to pause payments on current projects. The Kingdom of the Netherlands will also temporarily exercise caution on entering into new legal obligations with UNOPS. As soon as possible, Sint Maarten and the Netherlands hope to obtain a better understanding of the effects of this case on the entire UNOPS organization and the measures that will be taken to strengthen the financial control mechanisms at UNOPS.

Minister Richardson stated the following: ?I am fully aware that UNOPS is a very large organization that operates on a global scale with several regional subdivisions, and that these reports do not concern its operations in this part of the world, nevertheless I do think this news gives serious cause for concern and requires action. Pending the outcome of the UN?s investigation, we must determine along with our partners in the Netherlands what further safeguards can be put in place specifically for Sint Maarten?s prison project, to guarantee correct financial expenditures of our taxpayers monies. I look forward to these discussions taking place forthwith.”