Hurricane Season already sees 5th storm form. Is a stark reminder for residents and business community to be prepared

By Government of Sint Maarten  /  July 8, 2020  /  Comments Off on Hurricane Season already sees 5th storm form. Is a stark reminder for residents and business community to be prepared 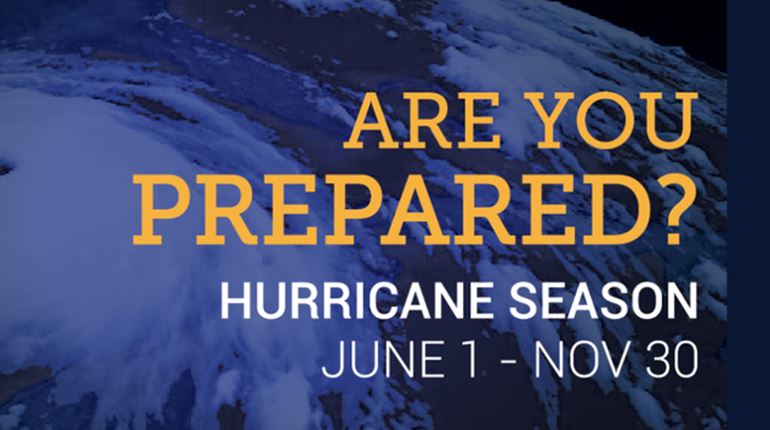 The fifth named storm – Edouard – of the 2020 Atlantic hurricane season formed over the past weekend south of Newfoundland, Canada, and this is a stark reminder to be prepared, the Office of Disaster Management (ODM) said on Tuesday.

Edouard according to weather forecasters is the earliest storm on record to form so early in the season.

On Tuesday, the Colorado State University Department of Atmospheric Science released its July 7th seasonal forecast for the hurricane season where they increased the number of storms expected to form to 20 instead of 16 from its initial forecast on April 2 which was 16.

The number of named storm days is 85 and hurricane days is 40; nine hurricanes of which four are expected to become major hurricanes of Category 3+.

15-named storms are still expected to form between now and the end of the season, November 30.

To learn more about hurricane hazards and how to prepare for a storm/hurricane strike, visit the Government website: www.sintmaartengov.org/hurricane where you will be able to download your ‘Hurricane Season Readiness Guide’ and ‘Hurricane Tracking Chart’.

In addition, you can also download the ‘Disasterprep Sint Maarten’ app for Android and Apple phones by going to the Google and Apple stores.

Listen to the Government Radio station – 107.9FM – for official information and news before, during and after a hurricane.

For official weather-related information, check out the website of the Meteorological Department of St. Maarten (MDS): www.meteosxm.com

Remember, it only takes one hurricane to make it a bad season.  Be prepared for this hurricane season!

ODM which falls under the Fire Department (Ministry of General Affairs) and headed by Fire Chief/Disaster Coordinator Clive Richardson, is calling on residents and the business community to make sure they have their hurricane season plans in place and have been preparing.

Coastal residents & businesses: Have plans in place for the Hurricane Season for potential flooding

Be Prepared for a Busy Hurricane Season. Food wholesalers and warehouse depots requested to be storm ready