By Government of Sint Maarten  /  May 19, 2020  /  Comments Off on Council of Ministers to deliberate Dutch proposal for financial assistance with Parliament 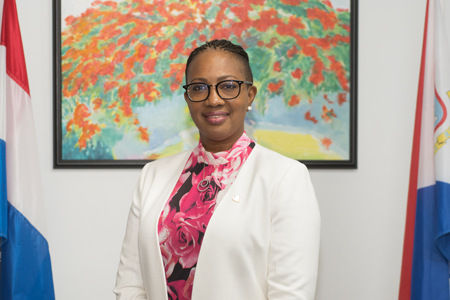 On Tuesday, May 12, 2020, the Prime Minister of the Netherlands Mark Rutte, Finance Minister Wopke Hoekstra and State Secretary Raymond Knops, in a hastily called meeting with the Prime Ministers of the Dutch Caribbean via video conference, verbally outlined the intentions of the Netherlands to assist the countries in this time of crisis and beyond. This discussion was held without documentation or specifics pertaining to the content of what would be proposed. While the Prime Ministers were given an opportunity to give feedback, it was without clear knowledge or understanding of what was on the table. We were informed that the proposal would be added to the agenda for the Kingdom Council of Ministers meeting on May 15, 2020.

Finally, on Thursday, May 14, the official documentation was received by the Council of Ministers. In less than 24 hours, the Council of Ministers had to finalize its response in an instruction to the Minister Plenipotentiary Rene Violenus so that it could be presented in the Kingdom Council of Ministers meeting of May 15, 2020. This was less than sufficient time to prepare St. Maarten’s position, considering the grave and far-reaching consequences for Parliament, civil servants, all government-subsidized entities, government-owned companies, unions, and the people of St. Maarten in general.

“Some of the proposed conditions can be attained within the time frame and were already included in our proposal to the unions. However, a number of these conditions set out by the Dutch government are unattainable in this time frame and do not consider our economic position, especially as we are still in the recovery stages after Hurricane Irma. Moreover, legislative amendments are required in order to comply with a number of these conditions which will affect a large number of the population and stakeholders whom we have not had a chance to meet and will not be able to meet before an answer is expected on Wednesday,” concluded Prime Minister Jacobs.

Prime Minister Jacobs is scheduled to be in a Plenary Public session of Parliament today at 3:00 PM in order to bring Parliament up to speed on the proposal made by the Netherlands. This meeting will also serve as an opportunity for the government to garner the support of Parliament on the way forward.

← PREVIOUS ARTICLE
Minister of Education: Back To School Advice