Police kept busy over weekend with crime and traffic accidents

On Saturday, August 20, at approximately 6:00am, Police Central Dispatch received a call about a serious accident on Airport Road. Two people were injured.

The driver of a Grey Hyundai sustained injuries to her arms and legs while the passenger of the Blue Tucson has a broken wrist from the impact of the accident. Both victims received first aid from ambulance personnel and were transferred to SMMC.

Later, the driver of the grey Hyundai was taken to the French hospital for further medical treatment.

• Around 9:00 pm, police were notified of another traffic accident with injuries; this time on A.J.C Brouwers Road. This crash involved a white Hyundai i10 and a black Ford Eco-sport. The i10 driver was heading downhill towards the Kruithof roundabout when she lost control and struck the Ford Eco-sport coming from the opposite direction. The driver of the white Hyundai suffered minor injuries to her shoulder. She received first aid from ambulance personnel.

The Police Traffic Department is investigating both accidents. 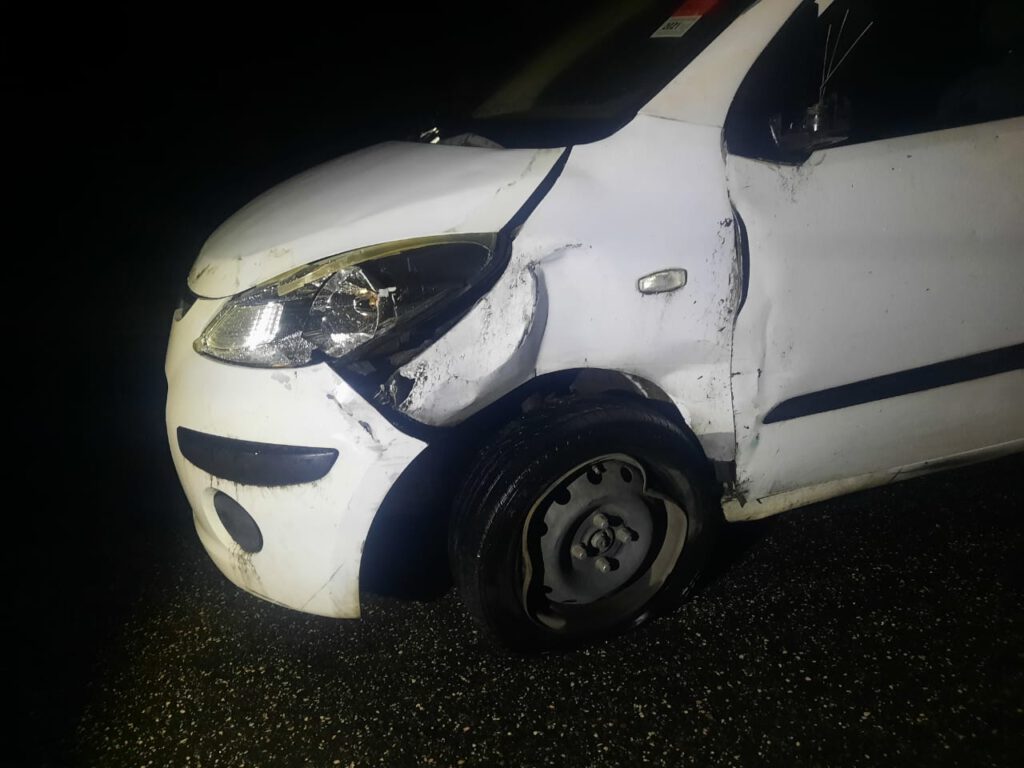 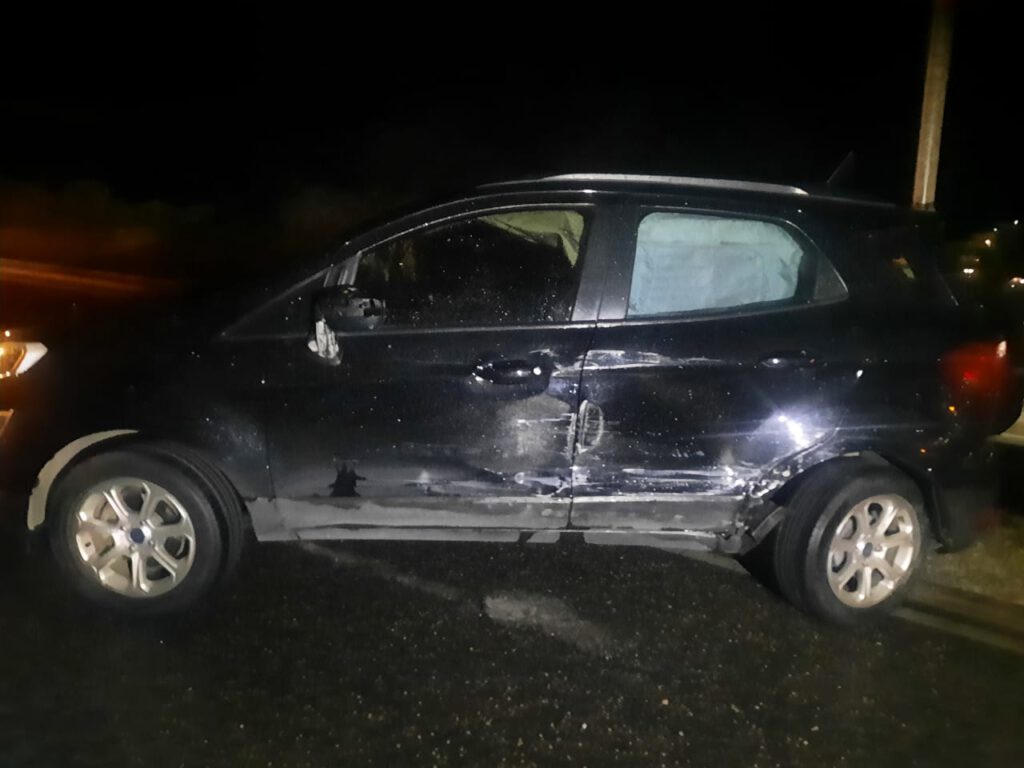 • In the hours between Saturday night and Sunday morning, a patrol was dispatched to the Festival Village to deal with a case of vandalism. A woman, after having had an argument with a number of people, jumped into a car and drove it to wreck several other cars. She, thereafter, entered another car and drove away from the scene.

• In another incident, the patrol found a man who was confronted by two other men who had robbed him at gunpoint of his blue Yamaha motorcycle. The robbers also fired two shots in the direction of the victim before riding off on his bike.