By Publisher  /  November 14, 2020  /  Comments Off on KPSM called in to rule out foul play in attempted/suicide case 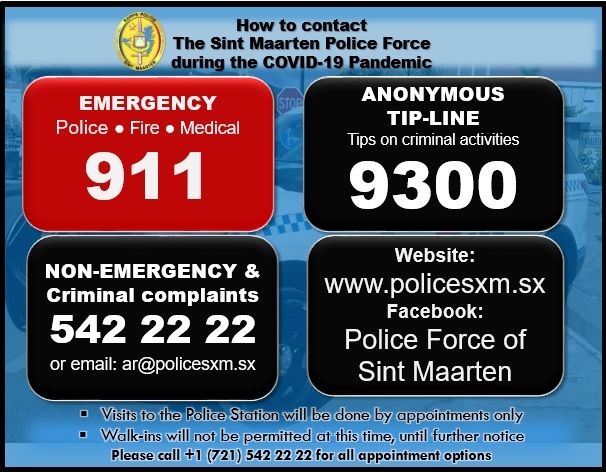 PHILIPSBURG — Police patrols were directed to two cases over the last few days to investigate an attempted suicide and a suicide incident that took place during the course of the week.

On Monday, November 9th, a man attempted to take his own life and another case on Thursday, November 12th, where a woman had taken her own life. The staff of the Forensics Department did a brief investigation into both cases. There was no foul play detected in either incident according to the department.

The Sint Maarten Police Force is expressing its sympathy to the family and friends of the deceased. If you or someone you know may be in need of professional assistance please do not hesitate to contact the Mental Health Foundation via their crisis hotline at +1 721 5205556.

NEXT ARTICLE →
9-month overview of traffic accidents on Sint Maarten