By Publisher  /  November 15, 2020  /  Comments Off on Wever, STM donate hand sanitizers to Catholic School Board 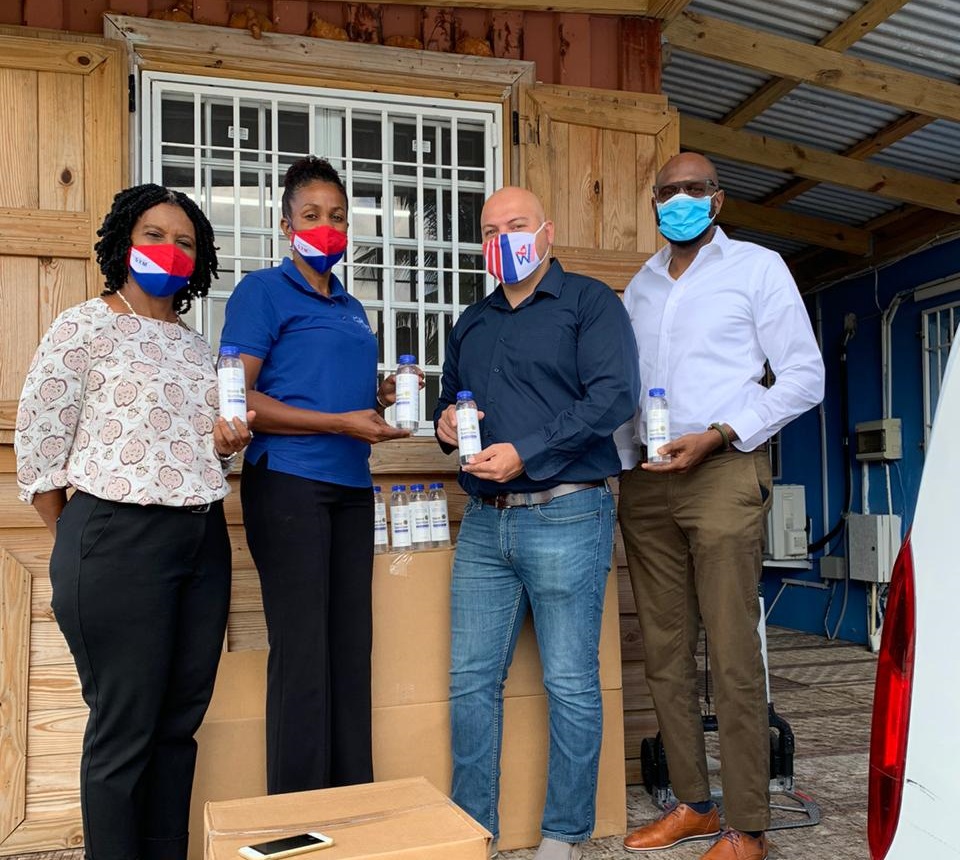 PHILIPSBURG — Former Minister Christopher Wever and Stanley Lint of STM Shipping on Friday donated 1,100 12oz bottles of hand sanitizers to the Catholic School board. Also donated was a 55-gallon drum in order to refill the bottles.

The donation was made in collaboration with Andrew Cadwell of Cadwell Inc. located in Florida. It was facilitated through Cadwell Inc’s nonprofit “Light of Hope International”.

With emphasis on brightening lives and enhancing communities, Light of Hope’s philosophy is to impact children’s lives by bringing optimism and inspiration. The nonprofit partners with companies and governments to identify schools and orphanages that can benefit from the donations from its recycling and distributions proceeds.

Wever said with most schools resuming in-person classes on Monday, November 16 and as an involved parent, he wanted to make his contribution to keeping students and faculty as safe as possible. Lint and STM takes pride in being good corporate citizens and stressed that under the circumstances of the ongoing pandemic, everyone should play a role in keeping the country’s children and teachers safe. They thanked Cadwell Inc. for doing its part for the children of St. Maarten as part of its commitment to the well-being of children worldwide.

The donation was received by Superintendent of the Catholic School Board Jacky Green and Director of the School Board Jessy Aventurin, both of whom expressed sincere and heartfelt thanks to Wever, STM and Cadwell for the thoughtful and timely donation.

NEXT ARTICLE →
World Diabetes Day 2020: The Nurse and Diabetes

SMDF to Donate more than 250 Uniforms to Vulnerable Students