By Publisher  /  September 30, 2020  /  Comments Off on Small businesses receive financial assistance through the Enterprise Support Project 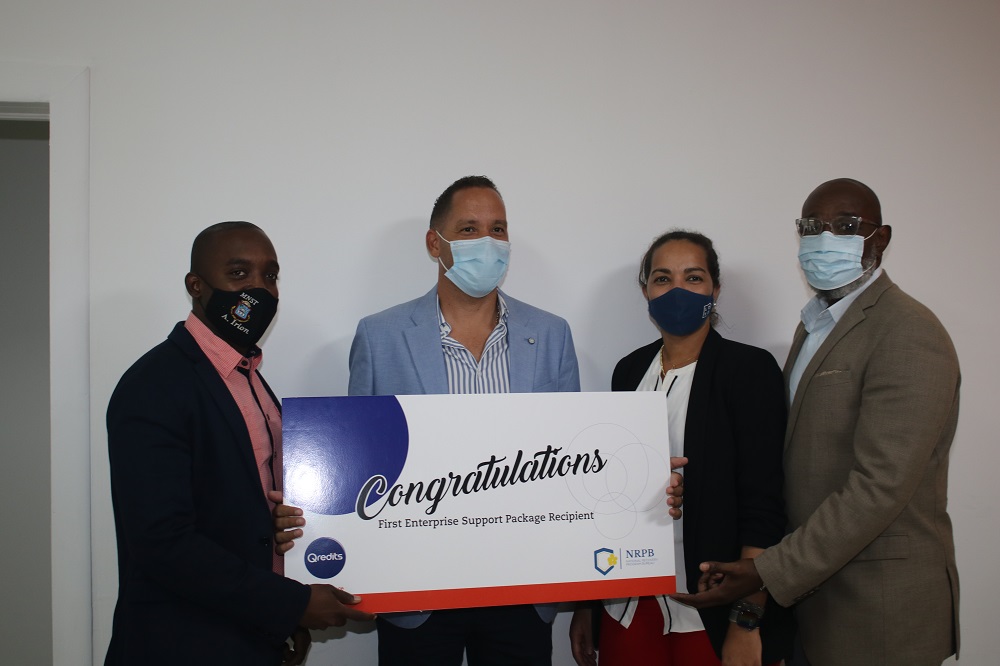 Philipsburg – Entrepreneurs Lesley and Shirly Bruce of Kenny’s Car Rental & Management N.V. and Stephane Habichdobinger of Procontech are all smiles as the first small business owners to receive direct financial assistance from the Enterprise Support Project. Both had applied via Qredits and on Wednesday, September 29th, were acknowledged in the presence of Minister of Finance Irion Ardwell, Minister of Tourism, Economic Affairs, Transport and Telecommunications Ludmila de Weever and NRPB Director Claret Connor. 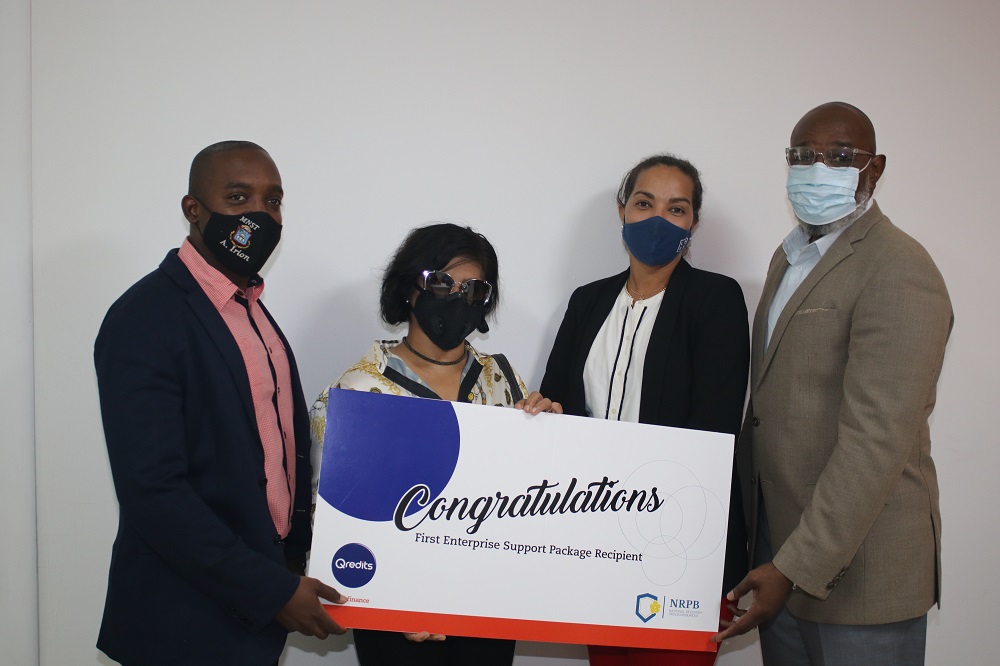 Each business opted for the project’s Assets and Repair package and will only have to repay 35 percent of the total amount received. Start-ups and existing businesses with a monthly income of less than one hundred thousand guilders may pick from one of three packages offered and apply for a combination of loans and grants of up to 150 thousand US Dollars. Both Qredits and Windward Islands Bank are processing several applications and welcome additional entrepreneurs to apply as well. The project is funded through the St. Maarten Trust Fund, which is financed by the Netherlands, managed by the World Bank and implemented by the National Recovery Program Bureau on behalf of the Government of Sint Maarten.

More information on the Enterprise Support Project can be found at www.nrpbsxm.org/esp

Government of St. Maarten in full support of the reconstruction projects

Economic controls aimed at fairness and the public good to continue