Commemorative coin on the occasion of ‘10 years of structural reforms’

By Publisher  /  October 8, 2020  /  Comments Off on Commemorative coin on the occasion of ‘10 years of structural reforms’ 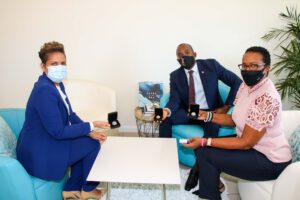 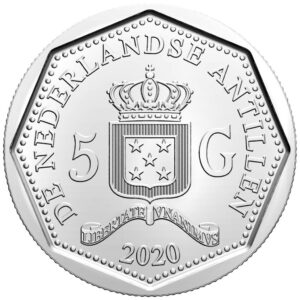 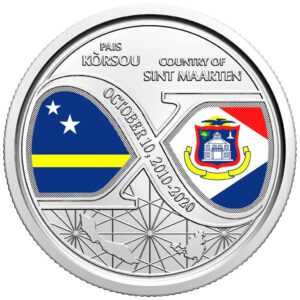 The CBCS officially presented the coin to the prime ministers and the ministers of Finance of Curaçao and Sint Maarten. In Curaçao, the officials received the coin from CBCS-president Richard Doornbosch, and in Sint Maarten from the director of the CBCS Sint Maarten office, Mrs. Raquel Lo-Fo-Wong.

The obverse side of this NAf 5 circulation coin shows the Roman numeral “X”, in which is written “October 10, 2010-2020”. On the left side of the X, the flag of Curaçao is displayed in color, and on the right side, the flag of Sint Maarten is shown, also in color. On the upper edge of the coin, the words “PAIS KÒRSOU” and “COUNTRY OF SINT MAARTEN” are written, and at the base, the silhouettes of the countries Curaçao and Sint Maarten are depicted.

The reverse side of the coin includes the coat of arms of the former country of the Netherlands Antilles, the denomination (5G), and year of issue (2020).

This commemorative coin, of which 100,000 pieces have been struck, will be put into circulation on October 9, 2020, through the commercial banks in Curaçao and Sint Maarten. Especially for collectors, a limited number of rolls of these 5-guilder coins are available. Collectors can buy these rolls of 20 uncirculated coins for the price of NAf. 100,- per roll, at the CBCS exclusively. 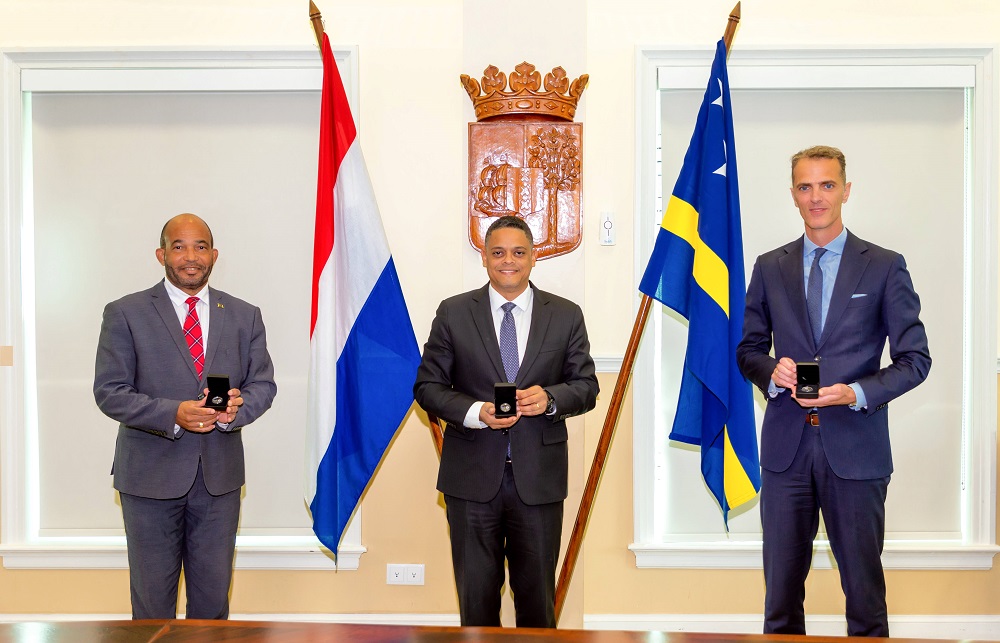